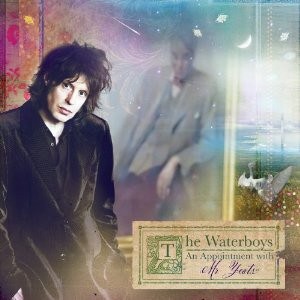 The long-awaited new Waterboys album AN APPOINTMENT WITH MR YEATS will be released across Europe by Proper Records on September 19th. North American release will follow in 2012. The album was produced by Mike Scott and Waterboys' bassist Marc Arciero, and contains 14 new songs created from the lyrics of Ireland's greatest poet, WB Yeats (1865-1939). The songs were premiered at the band's raved-about Appointment With Mr Yeats concerts in Ireland and Britain in 2010 and early 2011