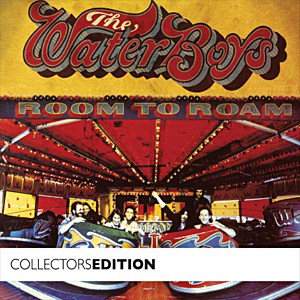 After making Fisherman’s Blues, Mike Scott stayed on in Ireland and added musicians, turning the Waterboys into a seven-piece folkrock orchestra. Room To Roam is the album this line up made in County Galway, and its music is a cross between celtic folk and psychedelic pop, with a pronounced Beatles influence sitting comfortably alongside the jigs and reels. The album has a seamless quality, with tracks running into each other, and, like the location of its making, is a magical world unto itself. Musicians include: Steve Wickham, Anthony Thistlethwaite, Trevor Hutchinson, Sharon Shannon, Colin Blakey and Noel Bridgeman. This 2CD remastered edition, released in August 2008, includes a bonus album of extra music recorded during the sessions, 17 additional tracks in total, with the same organic, seamless feel as the main album. Also included is an extended booklet with new sleevenotes by Mike Scott, full track by track player credits and previously unseen photographs.